Sailor’s Children’s Society celebrated 200 years on Monday 19th April 2021 and we commemorated this fantastic occasion by a
couple of events on the day and we hope to organise several events throughout the year subject to COVID restrictions.  The programme of events planned for 2021 and 2022 are as follows: 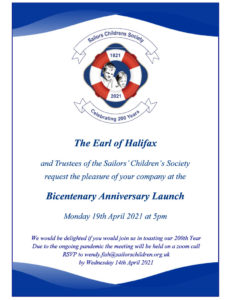 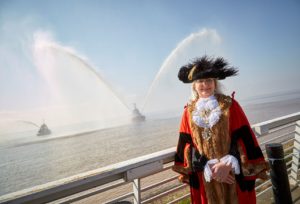 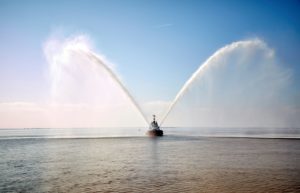 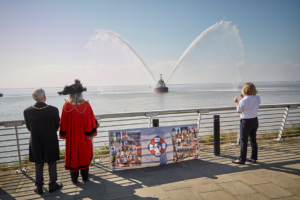 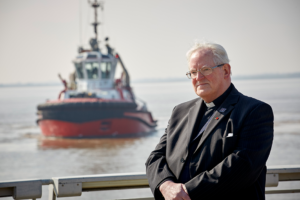 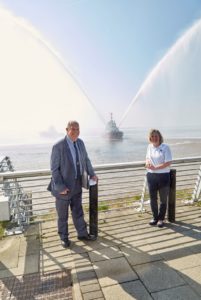 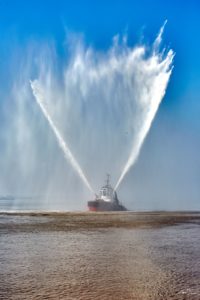 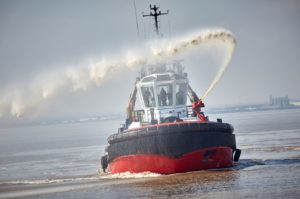 1821  On the 19th April 1821, a meeting convened by public advertisement in the Boys’ Schoolroom to organise a Society, the designation of which was to be “The Port of Hull Society for the Religious Instruction to Seamen”.  The floating chapel “Valiant” opened for worship in the Humber Dock.

1823  Ship’s library facility formed in the floating chapel which continued though to the 1970’s in conjunction with the British Sailors’ Society.

1824  Marine School opened for the purpose of improving sea apprentices in writing, reading, arithmetic and navigation.

1837  Sailors Orphan Institute established in Waterhouse Lane for clothing and educating of deceased seamen and rivermen.

1892  Six acres purchased at Newland on which to erect a model village.

1897  School opened for primary school teaching of the Society’s children.

1919  Society incorporated under the Companies Act.

1936  The inaugural meeting of the Old Scholars Association.

1946  Re-occupation of Newland by the children.

1953  Beginning of subsidisation of children in their own homes.

1965  Homes for elderly seafarers in Lowestoft, Goole and Grimsby.

1983  Introduction of “halfway houses” for adolescents.

1996  Advance child care programme at Newland, strengthen support for seafaring families throughout the country and continue with the care of our resident retired seafarers.

2003  Following the death of Queen Elizabeth, the Queen Mother, patron since 1937, HRH The Princess Royal agrees to become the patron of the Society.

2004  The last child leaves Newland and the Family Support Scheme looking after children in their own homes becomes the Society’s primary focus.

Re-enactment of the very first public meeting organised on 19th April 2011 as a mark of respect to all those people who have helped the Society over the years.

2016 to the Present Day  The Society currently supports over 450 children and young people throughout the United Kingdom on our Child Support Scheme.  During the pandemic in 2020/21, these numbers rose to 750 children.  Family Support Officers provide a little steps programme to help families move forwards and have service links to other specialised organisations. Our aim during this time is to allow children to be children as they adjust to the new circumstances and encourage the family to become more independent again. 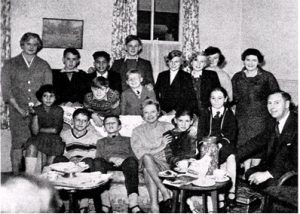 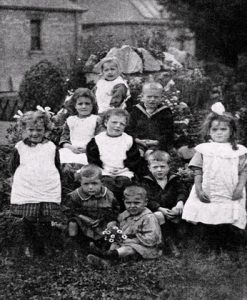 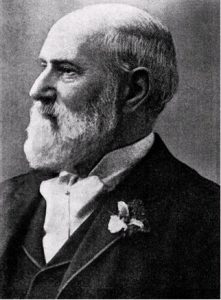 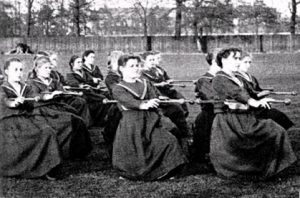 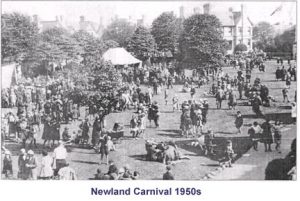 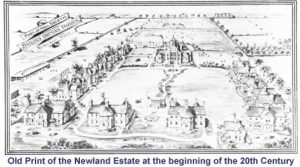 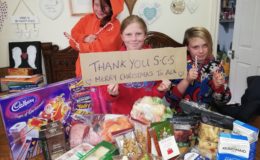 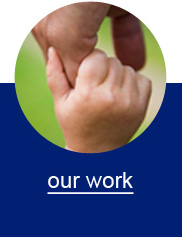 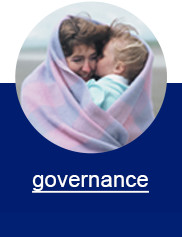